So it's officially 2012. 2011 was a great year in a twisted and turn way for me. First I got into a relationship with someone that I have know of for years but never went forward to get know him. Why? Because he was too "sissy" for me. Sissy is an ungly word but it was the truth. He was acting in a way that no one would be surprsied if he said he was gay. Anyways he entered my life and man it was whirlwind romance. We got into relationship one day before I left for coop in Summerland. We said "I love you" to each other after few weeks into the long distance relationship. We, or more precisely I, rushed our first time when he came to Summerland for Valentine's Day. It was a romantic gesture and I ruined it with my impatient lust which I still feel bad even today. He however always embrace my "spontaneity" and I love him for that. This romantic vacation ended badly after he told he had doubt with our relationship and I refused to talk to him for a day. But don't worry because of course we made up and the really weird thing was that he told me recently that it was after that he realized he really loved me. Go figure. Then we had our first trip together as a couple and it was lovely. I now remember we had a fight about something the night before he flew to Kelowna and I have no recollection what we were fighting about. To tell the truth, I don't think we really fought. Yes we had arguements and it was usually one side being the angry and the other one being quiet because he knew he was wrong. It is something I'm pround of that we never fight and I hope we can keep it that way. We are going to celebrate our first anniversary in two days . Can you believe it! I can't, well couldn't when we began our relationship. Today we celebrate New Year Eve with the best possible way -- with people you love and with family. We cooked dinner for my family and he stayed at my house for the night, and most importantly I got to kiss my baby when the clock struck 12. It was a lovely way to end a great year and begin a fantastic year and I just know it.

2011 also marked the first time I left home for work. I had always lived with my parents and finally there was this chance to move for work, even though it was still in the same province. I moved out for 8 months and I loved every seconds of it, except I had to be away from my baby. Now looking back, we got lucky becasue the distance forced us to slow down when we both were so eager to be in love with the idea of being in a relationship, not in each other. It made us had to get to know each other first before we got love rushing into our head. Life is funny sometimes. Anyways I also got to meet with a lot of exciting people, made lots of great friends, and see many "interesting" people. I missed them because they filled my life in Summerland so much fun. Melissa, Colleen and Susan's were my great colleagues whom I just loved working with them everyday. Vivian was my support system and so was I to her. It is because of Vivian that I got to travel around interior BC (Nelson). Julie, John and Lesley filled my summer with activities and parties that I will treasure forever. I know will miss listening to Lily's rant in her car during our carpool and listening to Kathy's life stories. I have always thought I have an average boring life but my life is full of interesting characters that I dpn't feel a bore when I'm listening to them. Living in Summerland also made me relaized how much I long for independence and know what are the costs for that. The experience doesn't discourage me from getting my independence; it made me realize I do want it and I will know I need to cautious when apporoaching mine.

你說 "damn i am good, my testosterone can influence other gender as well :)"

Here we go again with the journal 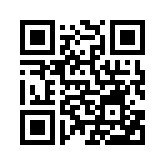